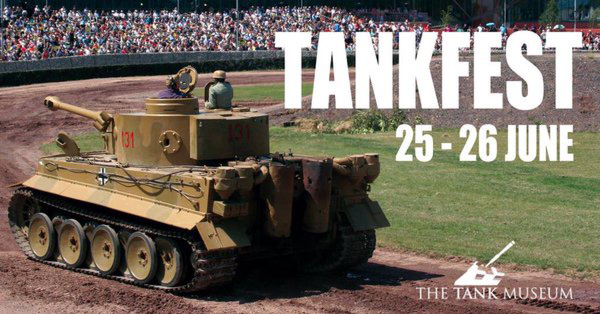 TankFest 2016 At The Tank Museum

The tank museum presents TankFest 2016 – the world’s biggest and best live display of moving armour. Held over two days on 25th and 26th June this action packed display is sure to get you revved up. The festival itself takes place at the Tank museum in Bovington, Dorset and has plenty of transport links available.

Tanks from the first world war through to the modern day will be on display in both static and mobile exhibitions. The majority of the event will be outside in the arena so be prepared for all types of weather. Don’t forget your sunscreen and your rain coat/umbrella!

The gates for the event will open at 9am with the show starting at 10:30am giving you plenty of time to park and tour the venue. Tickets for the event start at £20.50 for adults and £13 per child aged between 5 and 16, with all children under 5 getting in for free. There are also a range of family tickets available saving you money if you’re planning on bringing 2 adults and 2 children.

What’s On At TankFest This Year?

A popular event from the previous Tankfest festivals is the ‘Tank Pull Challenge’ which will be returning this year for another epic battle. Watch teams of 12 servicemen and civilians go head to head as they pull a Scorpion CVR tank along the track. The fastest team to pull the tank around the track will be claimed victorious. The Tank Pull Challenge will take place at 11am on both Saturday and Sunday- one not to miss!

Throughout the day there will be plenty of exhibitions in the arena featuring many tanks and service vehicles. The grand finale of the event will include a recreation of a second world war battle set in Tunisia in 1943 – be prepared for lots of loud noises and impressive pyrotechnics as the two sides square off against each other.

Not a fan of tanks? Well it’s not just tanks at Tankfest 2016! Despite the name of the festival this is just one of the many events they have to offer. If you’re more into planes than tanks then you’re in for a treat – an original second world war Curtiss P-40 and a Douglas C-47 Dakota will be taking to the skies on both days at the festival.

There will also be talks and performances from special guests and artists throughout the festival. There will be an exclusive talk from the FBI and SWAT team on armour and how it is used within their organisations. See real examples of body armour and photographs of genuine vehicles and weapons used in FBI operations. This talk will be taking place inside the museum on both days at Tankfest 2016 so be sure not to miss it.

If you fancy a rest from all the tanks and noises then be sure to relax with some hits from Ace Trio, the 3 piece trio from Southampton with a love for classic 50’s rock. This group produce an authentic toe tapping 50’s jive sound and are guaranteed to get you jumping around. There will also be a Marilyn Monroe tribute act and a performance from the Real Vintage swing time company featuring many hits from the 40’s and 50’s.

Tankfest 2016 will also play host to a variety of traders and exhibitors from militaria goods to arts and crafts. So be sure to pick up a souvenir from one of the stalls while you are there.

Rain or shine Tankfest 2016 is bound to be a blast with so many events and exhibitions throughout the day. To find out more details about Tankfest and to book your tickets, visit the website here.

The Springfield Country Hotel is only a 10 minute drive from the Tank Museum in Bovington, which will be hosting this year’s festival. If you’re looking to visit the surrounding local area during the festival then why not book in for a night or two in our country hotel & spa?

You can check our room availability by clicking here. 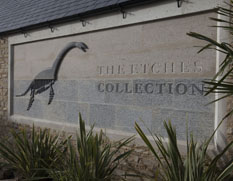